Back in the day, I started writing and recording many songs, while honing my skills working the local scene with songwriters, guitar teachers, ultimately releasing “Let’s Get Busy” a funky jazzy groove song that felt good. Response to the song was incredible and after receiving many great messages from fans around the world the band and I went to the studio again in 2014, and we have come out with 14 new songs! “I am so inspired by the influencers and fans of my music”…

Walker has been honored to have worked with some of Los Angeles’ best musicians. We believe that Walker has put together some exciting sounds and songs, like the melodic Went Downtown and crispy  I Tried to Warn Ya. “I am so happy where my musical path has taken me, along with the people I have met. This has changed my life for the better”

A tremendous love for music at a young age, Walker would frequent used record stores with his music loving friends and search for new sounds and bands. “We would find a cool looking album cover and buy it hoping it was another cool band, that’s how we discovered bands like Judas Priest”

Acquiring his first guitar at age 14 from the frequented swap meet, Walker would sit at home with headphones, faking the guitar of Peter Frampton and others. Walker joined his first gigging band – AXIST, at 19 where he dawned the spandex and began playing the Hollywood clubs, putting on the moves and rockin the crowds with his vests and perms! Getting better on the guitar steered him into writing his own ideas and recording original songs. A bit of trading and swapping allowed him to get a 4 track recorder and he has been recording his music ever since.

Performing in a Randy Rhoads tribute band and other popular cover bands singing and entertaining, for years, Walker has developed a deep vocabulary on the guitar and has fallin in love with live improvisation on the stage. “There was this point, where I wasn’t nervous anymore and as a matter of fact I was playing better in front of a crowd than I was practicing alone. The energy of a live show is an amazing thing.”

Walker is about to release a culmination of songs he has written and recorded over the last few years him and his band will be looking at performing and getting this great music out there for everyone to enjoy. “The goal here is to inspire others with my music, creating that exchange of energy at every live show, finding and interacting with music fans around the world creating unforgettable experiences!”

“I love all kinds of music styles, I listen to so much music and go through inspired periods followed by a recharging with short breaks from my writing. always keeping my ears open, listening to everything. Incorporating the grinding guitar in Have You Heard the News, Truth Behind the Lies, and Watch What You Say, to the melodic rings in Be Alright, World’s Behind and In That Case. There is great music just a click away”. Experience WALKER 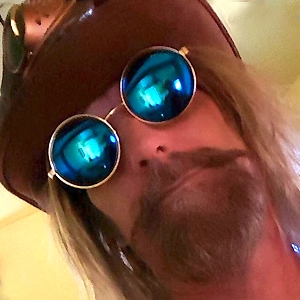